If you take a look though the historical release history for PaperCut you’ll notice that our minor version releases tend to alternate between “several big new features” and “lots of little improvements”. After the watermarking and multiple personal accounts features added in 10.5 (amongst others), this release falls into the latter category. While we could always just constantly add big new features, these small changes (many based on your valuable feedback!) are what keeps PaperCut feeling polished, reliable and easy to use.

Standing out from the full list of changes are: 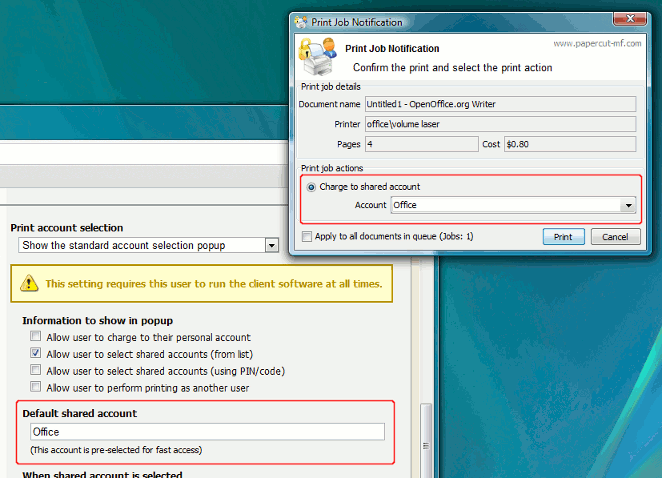 Large organizations with more than one user directory (e.g. a new Microsoft Active Directory and a legacy LDAP server with users that have not been migrated) can now synchronize, import and authenticate against both at the same time. [caption id=“attachment_1005” align=“aligncenter” width=“669” caption=“A user’s default shared account is automatically selected for them when they print”] 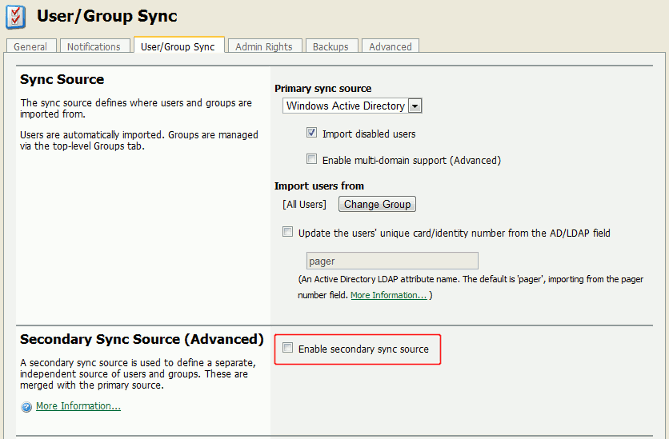 We also recently had a few adventurous customers installing PaperCut on Windows Server Core, and thanks to their assistance this release now runs on Windows 2008 Server Core out of the box, including install documentation. Those with experience on Server Core will know how bare bones it is :)