The Eskie. An Australian invention.

In 1999 my family and I moved to Silicon Valley so I could experience working in a high-tech company making products on a large scale. Such jobs were hard to find in Melbourne then. 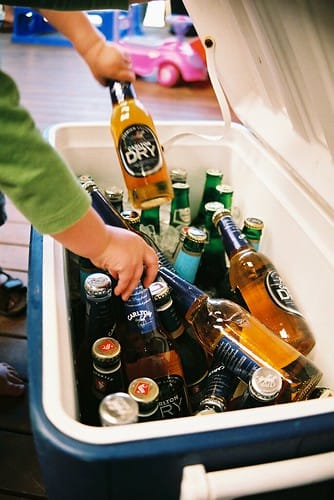 One of the things I remember most about moving to Silicon Valley was the old Australian myth of brilliant ideas being invented in Australia then being used in products in other countries. That was a hard belief to hold onto for long in Silicon Valley. People there were working on interesting new inventions all the time but the inventions were seldom the main thing. The main thing was having companies willing to invest in developing inventions into sellable products. I was working in one of those companies and I soon found myself putting in long hours to get products released fast enough to capture profitable market share. I was working hard to add useful features  and improve quality to please customers and supporting the sales people and resellers who were bringing in the money to fund development of the next set of features.

It was hard work that never seemed to end but I got to contribute to software products that sold to millions of customers and that felt satisfying. After 10 years there my wife and I and started to miss our families so we returned to Melbourne Australia last year. It was great to be home but there were not nearly as many companies making software products on a large scale in Melbourne as in Silicon Valley. No surprises there, but I had grown to like the Silicon Valley style of work so I went looking for Melbourne companies that offered the kind of experience that made Silicon Valley companies so stimulating for me.

The first thing was the type of company. I was looking for one prepared to put its money behind making a software product and with a culture where everyone worked intensely at making it a success. These things are not easy to do and I wondered how much of this culture I would find in Melbourne in 2010. A job search gave me an opportunity to find out. I made up a list of criteria. To make them easy to act on I framed them in “A rather than B” style so I could give the companies I was applying for As and Bs and choose the companies that were mostly As. The criteria were:

After searching the boards for jobs in Melbourne for a short time I found that the majority were mostly Bs. Possibly good solid jobs but unlikely to stimulate me based on my experience. However there was a silver lining. I also found a small core of Melbourne companies doing software development that I found interesting.

PaperCut was one of the companies I liked, - it fitted most of my criteria. They invited me in for an interview. I had downloaded their product before the interview and I was impressed with how easy it was to install. They seemed to know how to conduct a technical interview, passion for the work, technical questions and some discussion to gauge personality fit.

Most of the companies I had liked had interviewed like that. What stood out about the PaperCut interview was its informality. These people clearly did not take themselves seriously and they were actually interested in my answers to their technical questions. I was impressed with that. I had conducted hundreds of technical interviews and had recently been subjected to several. The PaperCut folks’ level of not taking themselves seriously and being appreciative of others was rare for me, even in Silicon Valley. It gave me a warm feeling.

PaperCut offered me a job and I accepted. When I started working there I found it was a bunch of people in a room. Everyone was developing, doing tech support, documenting, testing and getting on with doing stuff that made better products and helped customers. That felt reassuring. All the tech companies I had worked in had been most effective when they have worked that way.

I have been working at PaperCut for a month now and the tone is still as I remember it from the interview. No-one takes themselves too seriously, there is continuing genuine interest in what everyone is working on. It feels a bit like Silicon Valley but it also feels friendly.

This blog post started with me being disabused on the myth of the great Australian invention in Silicon Valley and ended with me working at PaperCut, an Australian software development company. This raises the question of which Australian inventions PaperCut uses. I found two. Samba is a key technology for printing to Linux computers from Windows computers and eskies are devices that are useful for keeping drinks cool on outings. 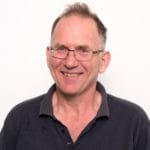 Peter is our lead innovation and new product development guy. He’s also our resident philosopher, and it’s super easy to get lost in long rewarding conversations with him. At first glance, it may seem that Peter is quietly reading and drinking coffee in the cafe. However, his mind is always thinking of never before seen print management features.