Managing a print fleet in a multisite environment

Managing a fleet of printers and copiers in your office is no simple task. Now imagine the stress of managing a print fleet across multiple locations.

With 447 print locations, 150 copiers in schools, 8,000 users outside of school and 30 million printouts per year, a lot could go wrong in the print environment.

That’s what led the team to adopting PaperCut MF in 2020.

“We discovered PaperCut MF through our network of communities in the region,” says Vincent Gobin, IT Manager at Nantes Métropole. “The majority of members favoured this software.”

There were a number of printing challenges and requirements the team needed to address.

“We needed users to identify themselves at the printer with their identity badge,” Vincent continues. “This ensured confidentiality for all users.”

It also had the added benefit of eliminating orphan printouts left in the paper tray.

“We also had strong requirements to deploy a redundant architecture. To do this, Bluemega’s support was crucial.”

“On the PaperCut MF side, setup was simple,” says Vincent. “On the Windows side, it was more complicated. Bluemega’s support in this project was very significant. Alain and Tony [from Bluemega] helped us with challenges that went well beyond PaperCut MF. They were the source of ideas and inspiration.”

There were plenty of learnings for the Nantes Métropole team in rolling our Papercut MF to their community.

1 - Consider a software deal separate from the hardware

Print management software is often purchased to coincide with the lease terms of printers. However, for a complex organisation like Nantes Métropole, it makes more sense to separate the software from the hardware. Primarily because it means users only need to learn one way to print, instead of relearning at the end of each lease period.

“We’re finding more and more customers want a long term software solution,” says Bluemega’s sales lead Sébastien Créno. “Businesses don’t want to chop and change with each lease. They don’t want to retrain IT on new software. We even find customers who are attached to certain reports and don’t want to change.”

2 - Security and redundancy are critical

When you’re working in a multi-location environment, having a solid redundancy plan is vital. For Nantes Métropole, that meant using active/passive mode of the PaperCut MF servers.

“The two print servers are hosted on two data centres in the Nantes region, allowing relay in the event of a problem,” says Vincent. “The entire architecture is monitored 24/7, which allows us to benefit from alerts in the event of an incident.”

3 - Pre-production architecture with dedicated copier a must

“In order to test all Microsoft updates and upgrades, we deployed a pre-production architecture with a dedicated copier,”Vincent says.

Bluemega’s Sébastien says: “We strongly recommend this when possible. It prevents so many potential problems. Of course some customers don’t see print as terribly important, but we do!”

The Nantes Métropole team couldn’t speak highly enough of the support they received from their print partner Bluemega.

“It’s always a thrill rolling out PaperCut in a complex multi-site environment,” says Sébastien. “And while the PaperCut MF side of the installation is straightforward, it’s the variables that arise with multiple locations that would be a struggle if carried out by the customer alone.”

5 - Make it attractive for users to move from desktop printers

“Perhaps the most difficult challenge is the least technical,” laughs Sébastien. “Users don’t want to move away from their desktop printers, saying they prefer the privacy of printing at their desk.”

However, with a solution like PaperCut MF, users print to a single print queue, allowing them to retrieve their documents securely from any shared printer using their identity badges. 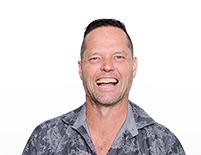