PaperCut 13.1 Release (and Behind The Scenes)

This week we unwrap PaperCut version 13.1!  Following on from 13.0’s massive release, including the headline Print Archiving feature, 13.1 delivers dozens of improvements across the entire product.

The release notes (see NG or MF) contain a full list of all the changes, so for this blog we thought we would do a deep-dive on just one 13.1 feature: Page-level Color Detection. 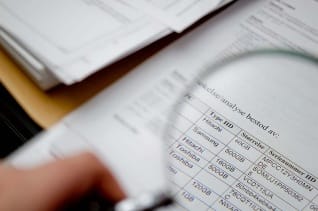 PaperCut looks closer at your documents than even this![/caption]

Page-level Color Detection is an important part of PaperCut. Counting the color pages is a simple concept to understand, but you may be surprised by the complexity under the hood faced by the PaperCut engineers who bring you this functionality. To count the color pages, PaperCut must read the print spool files and there are many printer languages that must be supported. Prior to release 13.1, PaperCut supported the PCL, PostScript and XPS printer languages (PDLs) for color detection. With release 13.1 we’ve added the Windows EMF (Enhanced MetaFile) print language.

Why EMF? Even if you already have PostScript or PCL capable printers, a driver-level configuration change was necessary to ensure spool files did not render in EMF, which is the Windows default spool file format. To make this change users were referred to the manual. Our goal is that all mainstream features work “out of the box” without complex configuration or making it necessary to consult the manual. As software developers we also don’t like reading manuals!

We’ve found that this driver configuration step is an often forgotten task. Now that we have EMF support there is less need for driver configuration. We feel we are now one step closer to our ultimate goal of having Page Level Color Detection the default option for new printers.

Adding EMF support was a major challenge for our engineer Peter. EMF is an internal, undocumented Windows format. Many hours have been spent wrestling with the Windows API, GDI and font anti-aliasing to ensure accurate color page counts. We’ve tested with many real-world documents as well as contrived samples to verify the feature. We even held an internal competition to see who could “trick the logic”. None could. A sign of a good development team is that the challenging projects like this one are also the fun ones!

Please refer to the relevant release history for full details of all 13.1 enhancements: