Things we makeReleases and updates

As one of the newest Product Owners for PaperCut, it was only a matter of time before I “volunteered” to blog. And there’s no better way for me to jump into the deep end with my first blog than a major release. Version 15.0 of PaperCut NG and MF (for those not familiar with our version numbers 15.0 represents the year 2015), has great new features, enhancements and more! For an at a glance overview, see what’s New and Noteworthy.

Far from a PaperCut novice, I’ve been working with the software suite for well over a decade before kissing my shirt and tie goodbye, and joining the team last year. (That’s me pictured in the Dark Knight t-shirt on the right) 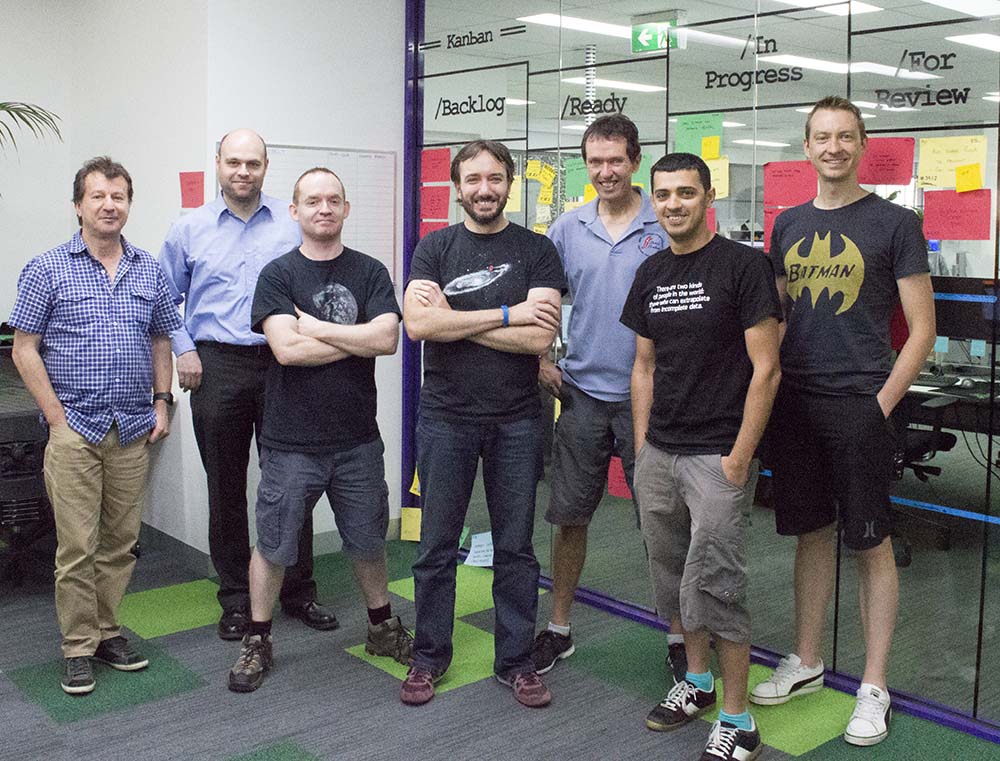 As well as resiliency with on-site servers, a new look logo and updated green in every part of the software, there are updates to the Global Print Driver, scalability improvements and support for Novell iPrint and more.

My journey started in October 2014 at PaperCut, with only a few settling-in days under my belt, I was asked to take on the role of Product Owner (using our agile software development mantra) for the PaperCut Site Server project, a new feature in 15.0. Site Server is the first change in PaperCut architecture (both software and system implementation architecture) since the addition of the PaperCut Secondary Print Provider.

To give some context to the size of development effort in this feature, we have 14 developers in the team here in Melbourne. Of this team, 7 members were dedicated to the project – a project that was 6 months from inception to release. There is simply no other feature in the product that has required anywhere near this level of development effort prior to this.

Our own Development Manager, Geoff Smith tells us more about the A-team.

“4 developers including myself along with our co-founder, Matt Doran who acted as a tech consultant to review complex parts of the code. A new hire, QA engineer Dean Sanelli came along to keep things flowing, along with Damien, who represented the customer.”

Keeping our ears to the ground

It was made clear to us by our customers, Authorized Solution Center (ASC) partners and resellers that there was a perceived “gap” in our architecture that needed to be addressed. Whilst we have always been confident in the stability of our solution, we rely heavily on network communications to deliver functionality across multiple servers and not all corners of the world are as lucky to have the same reliability of service we have here in Melbourne, Australia. We appreciated this point of view, so we began planning our solution. 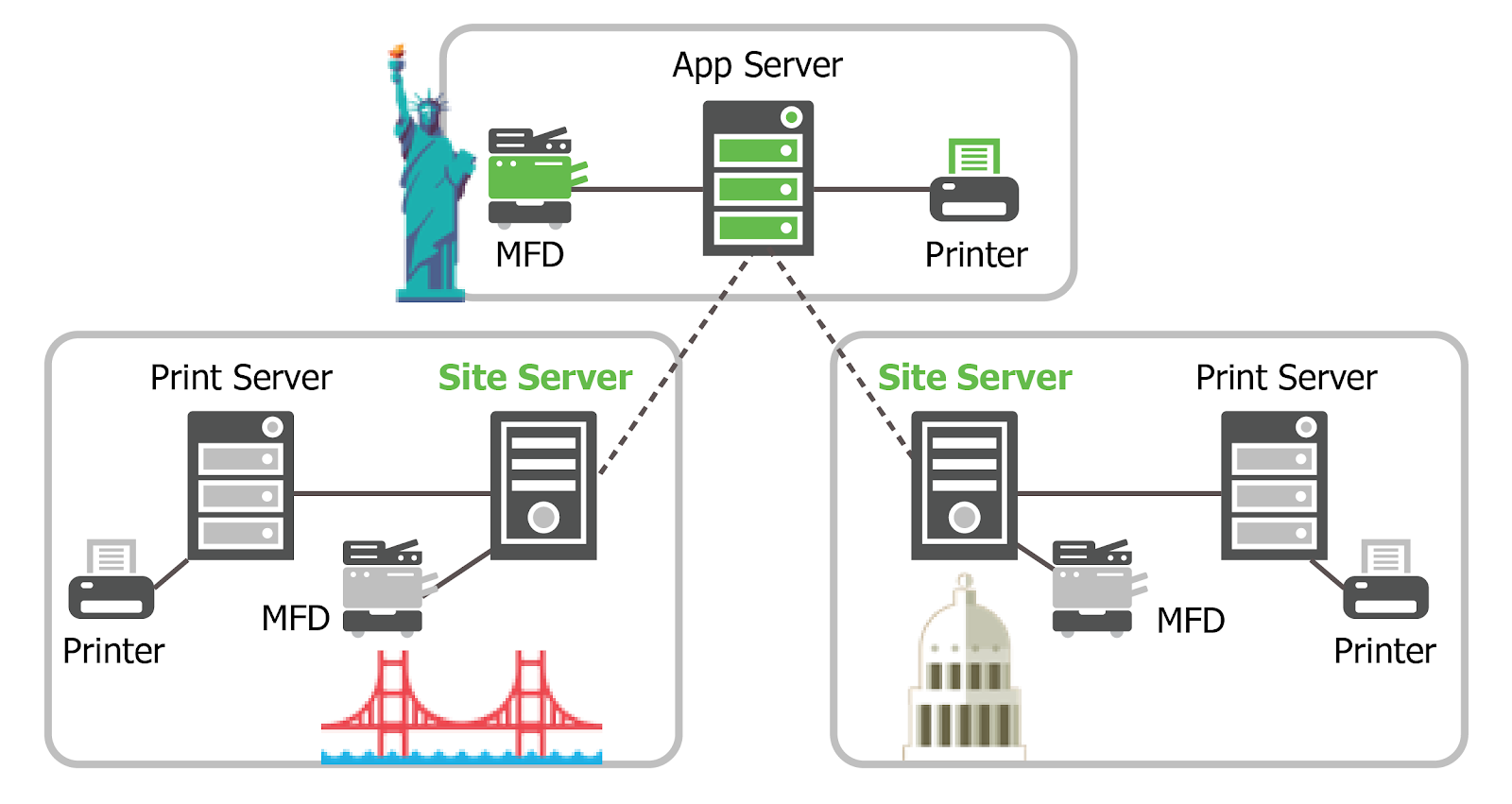 First, we defined the problem in more detail. We had numerous conference calls with ASCs, manufacturers and resellers around the world and understood the need to ensure organizations can continue to print and copy within a site even that loses its connection to the outside world.

A key milestone for the project was our PaperCut Global ASC conference in September 2014 where we demonstrated our commitment to the concept and validated our story. Geoff did an intensive 4 week development to bootstrap the project and prepare a demo. “The positive feedback from the demonstration gave the team a big boost to continue developing and set our sights on launching in 4 months time with version 15.0.” A network outage isn’t a PaperCut problem per se that we need to resolve, however, it became clear we cannot be part of the problem by preventing access to MFDs when this happens. So we focused on delivering business continuity for PaperCut customers; ensuring a customer can continue to perform the work.

Understanding the crux of the problem was loss of communication to the Application Server, we also knew the solution was to replicate the critical services of the Application Server to each site, which is where the concept of the Site Server was born. It’s over simplifying the process to suggest the team, led by Geoff, simply broke the work required down into small tasks, allocated these to team members and started working through them one by one, but in effect this is what they did.

Turning a mountain into a new feature

There were just a lot of tasks that took a long time to get through. Over time, these smaller deliverables began to make the solution as a whole. Individual deliverables were stitched together to make larger more complex parts of the system. Weekly meetings moved from looking at an overwhelming list of ‘to do’ items to a team of smiling developers as the list of green “completed” items started to consume the list.

Lab rats from Portland to Melbourne

To address testing, we developed User Stories to shape the expected usage of the system from a number of perspectives (end user, administrator, support team, system engineers) and configured our Melbourne and Portland offices to be sites in a multi-site deployment (we used an Application Server on the Private Cloud).

Like all offices we print and copy in both sites, so were in a perfect position to use some firewall trickery to mimic connections dropping without creating a company wide disturbance. We certainly had the desired effect with this testing. Improvements and tweaks were made over the weeks we were our own guinea pigs before we opened access to the solution to our ASC network.

Site Servers can help you move print apps into the public cloud “One day you might see the configuration and control happening from the cloud service but the site server is your black box that you just install on site to manage the devices.” said Geoff

Incorporating the feedback from our network of partners, the team are very proud to release Site Servers to market as part of 15.0. Give us your feedback, we’re keen to hear your stories.

To read more about what’s in the release, check out: